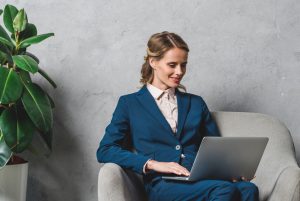 Accounting and advisory firms that have transitioned to a completely virtual model have found many advantages, even before the COVID-19 crisis pushed most firms temporarily into the cloud.

The advantages include not being limited to a geographic region in their business development, avoiding disrupted operations by a pandemic or other disaster, drastically increasing their recruiting “pool” because they can hire the best candidates, regardless of location. Virtual firms empower staff to work wherever and whenever they feel most productive, whether it’s while traveling, supervising a home repair or sitting in a coffee shop.

But for Jody Grunden, co-founder and CEO of Summit CPA Group, the transition to a remote workplace didn’t come easy. Grunden made the recommendation during an office meeting in 2013 to start working as a “distributed” (virtual) company. He said the idea wasn’t met with enthusiasm.
“It was drop-dead silence,” he said. “You know, like they were waiting for the punchline because they thought it was a joke.”

Grunden abandoned the idea for another one. If they couldn’t go virtual, his goal was to make the office environment a great place to work. So, he kicked his team out of the office to complete a $100,000 remodeling project — complete with a 250-gallon fish tank.

By the time his employees returned six weeks later, however, they had done a complete 180 on the issue of going virtual.

“They were telling me, ‘I don’t have to commute. Working from home was great,’ and, ‘Let’s do this remote thing!’” he said.

With that, Summit became a distributed company. And Grunden calls the experience his $100,000 fish tank.

Around this same time, other CPA firms were transitioning to a virtual environment. Some, like Blumer CPAs, began as brick-and-mortar companies before making the transition. When Jason Blumer took over the firm from his father in 2003, he pursued a niche in digital design companies and created a plan to go virtual by 2012.

Read more about the virtual accounting and advisory firms that are reshaping the landscape in the Winter 2020 Issue of Growth Strategies.