Harness the POWER of Holding Your Partners Accountable 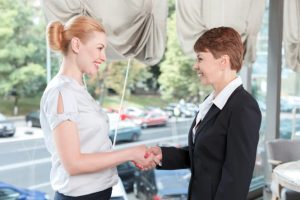 Lisa Tierney, an executive life coach to the accounting profession and President of TIERNEY Coaching & Consulting, Inc. shares her insights into how to ask “power questions” and make “power statements” that shift the focus from the problem toward a solution, resolve conflict in the process and engage everyone in the conversation toward a well-formed outcome.

Most of the CPA professionals I coach complain, each and every day, about the same things – namely, how to bypass those that are resistant to change or doing something differently/better for the greater good of the firm. We have all experienced the struggles of working with diverse teams in a multi-generational workforce. It is hard to work with so many people who are so different from each other – we come from different backgrounds, educations, cultures/ethnicities. Add to that mix the challenging structure of leadership by a shareholder group, most of us working remotely, and an uncertain economic climate – and it’s a wonder that anything ever gets done at all!

If you want to learn how to reel everyone in, quickly and easily, so that you can make your point with clarity and confidence in ways that make everyone take notice, well then read on.

Let’s define what a Power Statement is by reviewing a succinct bulleted list that describes the components of the kind of statement we are making:

Let’s review some examples of what a good power statement looks like:

Before: “I wish we could stop wasting so much time in these meetings every month. I’m so sick of listening to Joe tell the same old stories and manipulate the conversation.”

After:    “I expect that we all adhere to the agenda for the department meetings from now on so we can reduce our time spent away from serving clients.”

Before: “I can’t believe you promoted Joe before me! I was here first!”

After:    “I’d like to review my career plan to identify mutually agreed upon expectations that define my success at this firm.”

After:    ”I will not be spoken to this way.” or “Professionals do not conduct themselves this way here.”

In each of the above examples, the power statement flipped the focus from the conflict/issue at hand and the often heated emotions associated with it and instead, turned the focus on something more positive and concrete. The power statement gets everyone focused on the well-formed potential outcome of the situation. Of note is that, since there is no subjective opinion or emotion ascribed to any one member of the group/team, nothing said will be taken as aggressive, threatening or intimidating. The statements are simply very matter of fact and there is no opinion associated with these power statements, so you don’t have to be that brave or fearless to use them!

Now let’s turn our focus on the definition of a Power Question by looking at a succinct bulleted list that describes the components of the kind of question we are asking:

Let’s review some examples of what a good power question looks like:

Before: ”You people really have to work harder and slop slacking off!”

After:    “What would it mean to this division if we could generate $500k more in revenue next year?”

In the above example, we removed the focus from one of the perceived problems at hand and instead described a well-formed outcome that can positively impact everyone – therefore, drawing everyone into the conversation.

Before: “We tried your idea before, but it didn’t work.”

After:    “Can you explain the reason it failed last time?”

This is a foolproof way to address the pessimists and nay-sayers in your group. Of course, it also requires active listening and thinking on your feet and is best used with an open mind. Sometimes what you are proposing will not work for good reason and having an open mind to all opinions weighing in will be important in how you lead your team and enhance your overall credibility.

Before: “Your idea is so stupid, it makes absolutely no sense?!”

After:    “Could you share a timeline that outlined specific steps to show us how it might all play out?”

Before: “I don’t think you understand the way things work around here.”

After:    Mirror: “I don’t understand the ways things work around here?”

The above examples are effective in combating those in your group who always have the big lofty answers and usually shoot too high or describe lofty unreasonable or unrealistic goals. Mirroring, in particular, is a quick and painless way to get the truth out of someone who is either a bully or negative without explanation or reason. In both examples, a good rule is to let them keep talking. They usually dig themselves into a deep hole and as everyone keeps listening it gets harder for them to dig themselves out. Knowing when to come in with more questions usually brings this bad or lofty idea to a place where everyone decides to move on to another proposed solution.

I am confident that if you are brave enough to try and apply these techniques of making power statements and asking power questions, you will soon be received by your colleagues in a different way. They will be impressed! You will ease into a more confident demeanor during meetings and find yourself as the one everyone looks to for resolution to the issues at hand. Good luck and enjoy this newfound place of freedom to create real change at your firm!