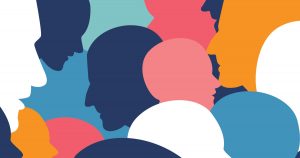 While women make up nearly half of all professional staff in accounting/finance functions of CPA firms in the U.S., their ascent to partner level still lags behind that of their male counterparts. Diversity, equity, and inclusion initiatives in CPA firms focus on the advancement of women, but also extend beyond gender.

Equity is the Evolved Initiative

The concept of promoting and supporting diversity in the workplace isn’t new, but it is quickly evolving beyond simple representation of differences to encompass equity — the challenging of biases that may limit opportunities for some — as well as inclusion in deliberation and decision-making processes.

Marcum formalized its diversity and inclusion program around 2014. Over time, Marcum reconfigured its national DEI committee to be led by a top human resources officer.

“The program started with developing and promoting women firmwide with the goal of cultivating and growing the ranks of women partners, which is clearly going to be a multi-year goal,” Gelfand said. “However, within a year or two it became clear it was a much bigger initiative than could be handled by or should be handled by a professional staff member. It really needed to be a formal part of Marcum’s HR program touching every associate and partner firmwide.”

While the internal program started with a focal point on women, it expanded to include many different forms of diversity and inclusion.

“It is still very much an emerging program, and it’s really only taken shape and been given structure within the past couple of years, with new initiatives blooming all the time. The younger associates look up and say, ‘Yeah, of course. Why are we even talking about this?’ It’s a non-issue. We’re a diverse organization in a diverse world.”

Ensuring All Voices are Represented

While an initiative may be in place, attracting the representatives can be tricky.

San Francisco-based BPM has an Inclusion Now! (IN!) committee that focuses on the greater diversity and inclusion effort. While looking to expand this committee beyond the leadership team, finding the right skill sets, team members who are interested, or those who even have the time to commit has been a hurdle.

It’s about “getting the fly wheel spinning,” said BPM’s CEO Jim Wallace, adding that the firm is considering seeking representatives outside of those on the partner track.

“When you start developing affinity groups, they obviously are made up of all different levels of people,” Wallace said. “So then you can have representatives from each of the affinity groups serve on the committee. They could be at any level, as long as they have a passion and desire to help.”

“It’s a growing process, and in the process of undergoing that growth, you learn a lot and figure out how to do it better,” said Gelfand.

Along the way, more and more people become aware of it and it becomes engrained. It’s really about awareness, participation and buy-in by associates and partners at all levels of the firm.

“Marketing’s role is to support taking it out to the employee base, creating these mechanisms to enable people to identify it, see it, say they want to be part of it, and help build buy-in over a period of time.”

Change takes place over a period of time, Gelfand said, and the key is setting the right expectations which can be challenging in terms of how much to expect and how fast.

Interested in learning more about diversity, equity, and inclusions in CPA firms? See why diversity requires an inclusive culture and mentoring your way to a more inclusive workplace.

Read the full article to learn more about diversity, equity, and inclusion in CPA firms. This is the type of content you’ll receive as a member of AAM or when you have a paid subscription.